Having an impressive record in India, it has been introduced by the Arabs and Persian around 11th century. India is one of the leading countries for the Unani medicine practice is concerned. With the largest number of Unani education, research and health care institutions.

The evolution of medicine is as old as the man himself. Every civilization had its own system of medicine, so too is Greek civilization. Unani system of medicine (Greek medicine) rose from the land of Greece (Unan). The foundation was laid by Hippocrates (460-377 BC). It is based on the teachings of Hippocrates, Galen, and developed in to an elaborate medical system by Arab, Persian physicians, such as Rhazes, Avicenna and many others.

Most of the pioneers of Unani system of medicine have been put on pedestal as the fathers of various disciplines of science, viz. 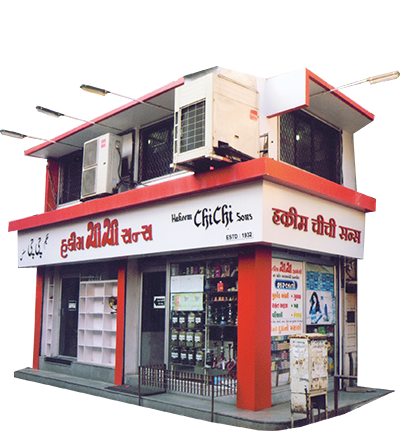 Diascorides De- Materia Medica and Arab alchemy latter became the basis of modern pharmacy. Of all the towering personalities of Unani medicine, Hippocrates is the most revolutionary figure who completely changed the dimensions of medicine and gave it a definite shape by putting forward the humoral theory of diseases and eliminating the concept of evil spirits as the causative factor of diseases. The history of Unani system of medicine emanates since the period of Aesculapius (1200 B.C.) who was the father of two Hygeia and Panacea. Hygeia was worshipped as the goddess of health and Panacea as the goddess of medicine. Panacea and Hygeia gave rise to two dynasties of medicine viz. curative medicine and preventive medicine with different philosophies. Hippocrates studied the entities such as climate, water, clothing, diet, habits of eating and drinking and their causal relation with the production of disease. The theories of Hippocrates were followed by practical enrichment of Unani medicine contributed by Herohpilus known as the father of Anatomy. He was the first to base his conclusions on dissection of human body. He recognized the brain as the centre of nervous system and distinguishes the motor from the sensory nerves and accurately described the eye, brain, liver, pancreas, salivary glands and genital organs. Herophillus discovered that arteries contain blood not air. 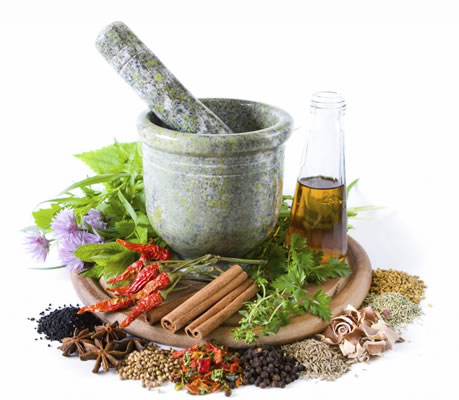 Number of Greek, Roman, Iranian and Arab scholars enriched this system in the course of time. Later the Greek literature was translated into Arabic with their own contributions. During the 12th century, Arabs introduced Unani system of medicine in India. Unani medicines got enriched best in the contemporary systems of traditional medicines in Egypt, Syria, Iraq, Persia, India, China and other Middle East countries. It took firm roots during 13th and 17th century A.D. and still has it’s hey-day in India. Some of the prominent individuals who produced extensive bodies of knowledge and developed the pharmacopeias which are still in use today are Hakeem Alavi khan (d. 1747 A.D.), Hakeem Akbar Arzani (d. early 18th century A.D.), Hakeem Sharif khan (d. 1816 A.D.) and Hakeem Muhammed Azam khan (d. 1902 A.D.). The latter of these distinguished scientishts is most notable for his significant contributions to the field of herbal medicine. A resident of Rampur, Hakeem Azam khan was especially called upon by the Maharaja of Indore (Takoji Holkar) and appointed the head Physician to the royal family, a position he maintained till his death. He established a Matab (Clinic) in Indore which became a center for learning where he engaged himself in teaching and writing books till the last days of his life. He has to his credit great works of Encyclopedic scopes ( Muheet-e Azam, Ikseer-e Azam, Rumooz-e Azam, Qarabadeen-e Azam) which form the basis of most of today’s Tibb-e Unani preparations

The system suffered a severe set back during the British rule in India. During this period the growth of education, research and practice of Unani system of medicine was retarded and hindered, all the traditional systems of medicine along with Unani system faced almost complete neglected for about two centuries. The withdrawal of state patronage could not harm much as the masses reposed faith in this system and it continued to be practiced. It was the Sharifi and Azizi family in Lucknow and the Nizam of Hydrabad due to whose efforts the Unani Medicine survived during the British period.

A renowned physician and also one of the foremost freedom fighters “Hakeem Ajmal Khan” established an Ayurvedic & Unani Tibbia College and Hindustani Dawaakhana – a pharmaceutical company for Ayurvedic and Unani medicine in Delhi in 1916.

After independence the Unani system along with the other Indian systems of medicine again boosted in India under the patronage of the National Government. Laws were passed to regulate and promote it’s education and training. Established research institutions, testing laboratories and standardized regulations for the production of drugs and its practice.

This system has been defines as: “Tibb (Medicine) is the knowledge of states of human body in health and decline in health, its purpose is to preserve health and endeavour to restore it whenever lost”. “Ibn Sina”

Enter your e-mail address below to reset your password.